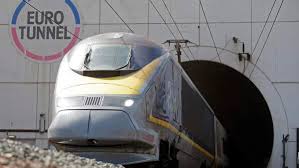 A migrant died on Tuesday trying to reach Britain through the Channel Tunnel, a French official in the Pas-de-Calais region said.
One of the six sections of the tunnel was closed for investigation and it was not yet clear how the migrant had died.
“Following the discovery of migrants on a freight shuttle, early this morning, the shuttle was immediately stopped,” said the official.
“During an investigation by border police, a deceased migrant was found in the tunnel,” the official added.
Although traffic was only briefly interrupted in the tunnel, the incident triggered three-hour delays on the British side and an hour on the French, according to operators Eurotunnel.
An AFP correspondent said a Eurostar train was stopped at the entrance to the tunnel on the way to Britain.