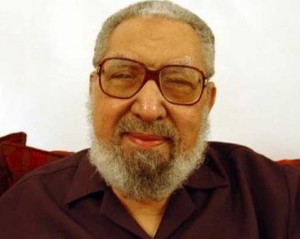 Renowned Egyptian Islamic scholar and thinker Muhammad Qutb passed away on Friday in Jeddah. He was 95. Qutb died at Jeddah International Medical Center and his body will be buried in Jeddah on Saturday, according to reports.
Qutb was born in the Egyptian village of Musha near Asyut in 1919. He was the author of about 35 books, and that included Islam: The Misunderstood Religion, The Future is for Islam, Ignorance of the Twentieth Century, Studies in Human Psychology, Man Between the Material World and Islam, The Concept of Islam and Our Understanding of It, and Islam and the Crisis of the Modern World. He was the winner of King Faisal International Prize in 1988.