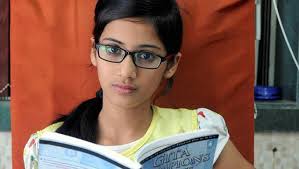 A 12-year old Muslim schoolgirl recently topped an examination on knowledge of the Hindu holy book, Bhagwad Gita, conducted by the International Society for Krishna Consciousness (ISKCON), it was announced here on Friday.
The winner is Maryam Siddiqui, a class 6 student of Cosmopolitan High School of Mira Road, a Muslim-dominated township in western Thane.
She topped the Gita Champions League inter-school competition held in January in which over 4,000 students participated from around 195 different schools in the city and other parts of the state.
Among other things, the participants were evaluated on their knowledge of Bhagwad Gita in a multiple choice of a question paper with 100 marks, the results of which were announced mid-March.
Curious about inter-religious knowledge, Maryam explained the teachings of the Bhagwad Gita in the best possible manner and bagged the top honours with her answers.
“I have always liked to study different religions and have read up a lot about them in my spare time. When my teachers informed me about this competition, I decided to take it up and understand what Bhagwad Gita is all about,” an excited Maryam told media persons at her home.
“In the Bhagwad Gita, there are stories on how Lord Krishna advised Arjun on life, respect for all and other things… I really liked it all,” said Maryam who has read the Bible and is currently taking lessons in the Muslim holy scripture, the Quran.
For the compeitition, Maryam referred to around a 100 books on Bhagwad Gita, its teachings and interpretations and her stellar performance has made her family and school proud.
“We believe in respecting and accepting all religions… no religion preaches ills or hatred,” said her doting father Asif Siddiqui who wholeheartedly supported her endeavour.
The Bhagwad Gita is a 700-verse work, which is part of the epic Mahabharata and Mahatma Gandhi always recited it, calling it his ‘spiritual dictionary.’