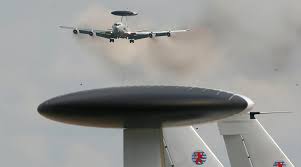 NATO allies have decided to provide Turkey with increased air defense following the downing of a Russian warplane on Nov. 24.
“NATO Allies have just decided on a tailored package of assurance measures for Turkey in view of the volatile situation in the region,” a NATO official told Anadolu Agency on Friday.
The package includes enhanced air policing and increased naval presence, including port calls, exercises and maritime patrol aircraft, in the Eastern Mediterranean.
“We will continue to augment Turkey’s air defenses with defensive anti-missile systems,” the official said. “Allies will also deploy aircraft to support Turkey’s air defenses on a bilateral basis.”
While NATO has increased air defenses for Turkey for many years, the downing of the Russian warplane, which Ankara said violated Turkish airspace on Nov.24, has fueled NATO support.
“All this shows a strong commitment by Allies to the defence of Turkey, and will contribute to increasing stability in the region,” the official said.
Russian warplanes previously violated Turkish airspace twice in October. The incidents came within a few days of the start of Russia’s air campaign in Syria on Sept. 30 and led to international condemnation.