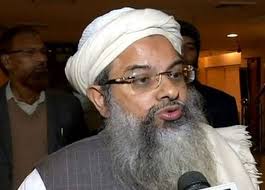 Maulana Mahmood Madani, General Secretary of Jamiat Ulama-i-Hind while strongly reacting to the promulgation of ordinance on Triple Talaq said that the government’s move was nothing but a blatant interference in religious matter.

Maulana Madani reiterated that according to the Constitution of India, both the Judiciary and the Parliament do not have any mandate to interfere in the religious affairs of the Muslim Community. Therefore, any law or ordinance to this effect will not be acceptable to the Muslim community at any cost. The Muslims are religiously duty bound to adhere to Shriah at all and will keep doing so.

Maulana Madani said that this ordinance was not going to favor the divorced women in any way; it will instead harm their cause for justice. Under this law, it is most likely that the divorced woman will be held up for long time, leading to roadblock for her to get married again.

While taking of stock of reasoning of Law Minister Ravi Shankar Prasad who called promulgation of ordinance as ‘Constitutional urgency’ with reference to 201 incidents of talaq within 2 years, Maulana Madani said that 100 cases per annum among 16-crores strong Muslim community do not warrant such hasty issuance of ordinance by the government.

Maulana Madani termed the government’s move as hostile attitude, tyrannical suppressing the democratic process and undermining the popular sentiments of the Muslims which is shameful for a democratic nation. It’s clear instance of dictatorship by the central government that it did not feel any requirement to consult the community which was directly concerned in this bill. The pieces of recommendations given by the religious fraternity, Shariah expert organizations have also been completely brushed aside.