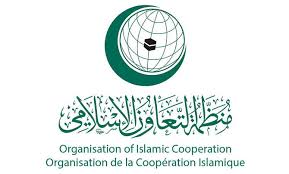 The Organization of Islamic Cooperation (OIC) on Tuesday warned Australia of “grave consequences” of relocating the country’s embassy from Tel Aviv to Jerusalem.

In a statement, the Jeddah-based body called on Canberra “not to take such an illegal step, which constitutes a violation of international law and UN Security Council resolutions”.

“[OIC] rejects any action or attempt that would prejudice the legal status of the occupied city of Jerusalem,” he said in the statement.

He went on to call on Australia to support the two-state solution with a view to achieving peace and promoting regional and world security.

Australian Prime Minister Scott Morrison said that he was “open to” relocating his country’s embassy to Jerusalem and recognizing the city as the capital of Israel.

“We’re committed to a two-state solution, but frankly, it hasn’t been going that well,” Morrison said. “Not a lot of progress has been made. And you don’t keep doing the same thing and expect different results.”

Morrison said the idea was suggested to him by former Australian ambassador to Israel Dave Sharma, who is a candidate for the ruling conservative Liberal Party in a by-election Saturday in a Sydney electorate with a large Jewish population.

In December, U.S. President Donald Trump triggered world outcry after unveiling plans to move the U.S. Embassy to Jerusalem and declare the city as the capital of Israel.

Ever since, the Palestinian leadership in Ramallah has rejected any U.S. role in the stumbling Middle East peace process.

Jerusalem remains at the heart of the Middle East conflict, with Palestinians hoping that East Jerusalem — occupied by Israel since 1967 — might eventually serve as the capital of an independent Palestinian state.