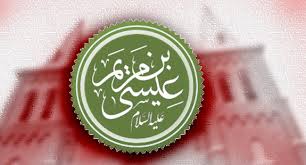 Christmas is upon us and as Christians around the world celebrate the birth of Jesus Christ, it could come as a surprise that Jesus is also an important figure in Islam. Although many Muslims do not celebrate the occasion, Jesus, or Isa as he is known in Arabic, is mentioned often in the Quran and is a revered figure.

Here are five things you may not know about Jesus’ role in Islam:
1. Muslims too believe that Jesus was born to the Virgin Mary, called Maryam in Arabic. She has a chapter of the Quran named after her and is the only female to do so. According to one study of the Quran, Mary is mentioned in the holy book more times than in the New Testament.

2. Muslims believe that Jesus performed miracles with the Quran discussing several of these, including raising the dead, breathing life into clay birds and giving sight to the blind.

3. Jesus, Mary and the angel Gabriel are not the only Biblical individuals to figure in the Quran – Abraham, Moses and Noah, among others, are also mentioned.

4. Muslims believe that Jesus spoke in the cradle – one of his first miracles – and declared himself a prophet of God.

5. In Islam, it is said that Jesus will return to Earth before the Day of Judgment to defeat al-Masih ad-Dajjal, the Antichrist or “false messiah.”