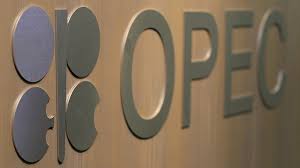 Supply and demand in the global oil market are likely to balance out by the end of 2018 thanks to a pick-up in demand, notably from the transport sector, OPEC said on Wednesday.
Demand is projected to grow by 1.51 million barrels per day (mb/d) next year, compared to an already higher-than-expected 1.26 million increase this year, to reach 98.45 mb/d, the Organisation of the Petroleum Exporting Countries said in a monthly report.
“Expansion in the transportation sector is expected to provide the bulk of oil demand growth,” the report said.
OPEC’s own crude ouput is likely to edge up to 33.2 mb/d next year from 32.8 this year, a smaller increase than previously thought.
Falling output in Angola, Saudi Arabia, Venezuela and the United Arab Emirates meant that OPEC pumped 133,000 barrels per day less in November than the previous month, according to secondary sources.
OPEC and some non-members of the cartel, including Russia, last month extended an output cut agreement until the end of 2018 in the hope of re-balancing the oil market and underpinning the price of crude.
Non-OPEC oil producers will pump around 990,000 barrels of crude per day more next year than this year as US shale oil producers ramp up output, the report predicted.
OPEC nevertheless believes that an overhang of global stocks will dwindle next year, “arriving at a balanced market by late 2018”.