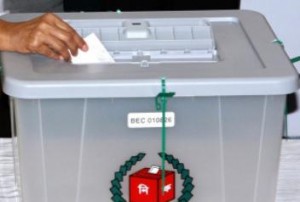 BNP has put up a better showing in the second phase of the upazila elections as well, widening its lead and dealing a blow to the ruling Awami League.
In the polls to 115 upazilas yesterday, the BNP-blessed chairman candidates won in 51 upazilas and the AL-backed ones in 44, according to results declared by the returning officers.
The candidates backed by the Jamaat-e-Islami, a key ally of the BNP, won eight chairman posts while candidates supported by the Jatiya Party, the main opposition in parliament, were able to secure only one.
The candidates backed by regional political party Parbatya Chittagong Jana Sanghati Samiti (PCJSS) won two chairman posts, UPDF won one, and one went to an independent candidate.
BNP rebels won two chairman posts, AL rebels one and PCJSS rebel one.
Voting was suspended in Noakhali Sadar upazila, and since re-polling would be held in some centres of Tarash upazila in Sirajganj and Laksam upazila in Comilla, results there have been withheld.
The AL-backed candidates won the chairman posts in all 11 upazilas where BNP had boycotted the polls protesting booth-capture, ballot-box stuffing and ousting of polling agents from the centres by the ruling party men.
In those 11 upazilas, the AL-blessed candidates got easy wins.
For example, the AL-backed candidate who won the chairman post in Charfassion upazila in Bhola polled 1.47 lakh votes while the BNP-blessed one received only 12,996.
In Borhanuddin upazila in the same district, the AL-backed chairman candidate received 90,993 votes while the BNP aspirant got 9,059 votes.
As of filing this report at 2:00am today, the BNP-backed candidates won more vice-chairmen posts than those blessed by the AL.
In 57 upazilas, of which results were available, BNP-backed candidates won 63 vice-chairmen posts including those reserved for women and the AL aspirants got 39 and Jamaat 22.
In the first-phase elections, held in 97 upazilas on February 19, the BNP-blessed candidates secured 42 chairman posts and those backed by the AL won 34.
As for the 192 vice-chairman posts in those upazilas, including those reserved for women, BNP secured 72 and the AL 63.
The result in the election for Ullapara chairman in the first phase is still withheld for re-polling in two centres.
The AL had made vigorous efforts to pick a single candidate for each post of the upazila parishads to do better in the second phase.
But yesterday’s results show the ruling party has suffered a blow as many of the candidates it backed lost to rival BNP-blessed candidates, despite resorting to violence in more than two dozen upazilas.
Five years ago, the situation in the upazilas that went to polls yesterday was almost the opposite. In the elections held on January 22, 2009, the popularity of the ruling AL-backed candidates was overwhelming. They won 82 chairman posts while BNP’s candidates secured only 25.
The 2009 polls were held only three weeks after the AL came to power through a landslide victory in the December 2008 parliamentary election.
In that general election, the BNP faced a humiliating defeat bagging only 29 seats.
This time, the upazila elections are being held one and a half months after the AL assumed office winning the one-sided January 5 parliamentary polls, which the BNP-led alliance had boycotted.
Though officially non-partisan, the upazila polls have turned out to be a prestige issue for the parties as the outcome would indicate which camp has lost or gained popularity.
In yesterday’s polls, around two crore voters were entitled to exercise their franchise to elect one chairman and two-vice chairmen in each of the 115 upazilas.
At the end of the polling, the AL claimed the elections were fair, while the BNP accused the ruling party of vote rigging.