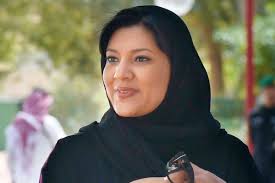 A Saudi royal decree by Crown Prince Mohammed bin Salman, in his role as the King’s deputy, was issued on Saturday appointing Princess Reema bint Bandar bin Sultan al-Saud as the Saudi Arabian ambassador to the United States with a ministerial ranking, making her the Kingdom’s first female ambassador.

“The first female Saudi ambassador is the right woman in the right place. She is the best person to represent the aspirations and liveliness of our youthful vision in Washington,” Ambassador Krimly told Al Arabiya English.

“She is the granddaughter of Prince Sultan and King Faisal, and her father is Prince Bandar and her uncle Prince Saud; a princess who has known Washington since her childhood, and works passionately and actively to serve her King and country. She is keen in all her posts to include development and vision for all segments of our society, not just the elite. May God prolong her success always,” he added.

Princess Reema’s grandfather, Prince Sultan bin Abdulaziz, served as the Saudi defense minister and was the Kingdom’s Crown Prince until his death in 2011. Her maternal grandfather was former Saudi King Faisal bin Abdulaziz, whose son is Prince Saud al-Faisal, the former Minister of Foreign Affairs of Saudi Arabia.