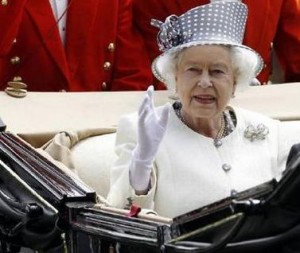 Queen Elizabeth will meet Pope Francis during a visit to Rome in April, her first trip to the Vatican in over 30 years.
The Queen, 87, accompanied by her husband, the Duke of Edinburgh, 92, will visit Rome on April 3, as guests of the Italian President Giorgio Napolitano, Buckingham Palace said on Tuesday.
Elizabeth, the head of the Church of England, has officially visited the Vatican twice during her reign: in 1961 when she met Pope John XXIII and in 1980 when she met John Paul II.
The Argentine-born Francis was elected to the papacy last March.
The latest trip was announced just a day after the palace confirmed the Queen will make a state visit to France to mark the 70th anniversary of the World War Two Normandy landings on June 5-7.
The monarch, who celebrated 60 years on the throne in 2012, has been scaling down long-haul trips in recent years, ceding a greater role to her eldest son, heir-to-the throne Prince Charles.