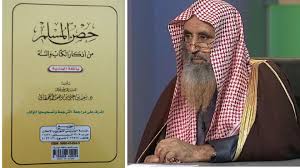 Sa’id bin Ali bin Wahf Al-Qahtani, the author of the well-known du`aa and invocations book, Fortress of the Muslim (Hisnul Muslim), passed away early on Monday, October 1, at the age of 67.

“Sheikh Sa’id bin Ali bin Wahf Al-Qahtani, the author of Fortress of the Muslim, passed away on Monday, may Allah have mercy on him,” Muhammad Al-Arifi, a Saudi author and scholar wrote on Twitter.

“The funeral prayer will be this afternoon at the Al-Rajhi Mosque in Riyadh and he will be buried in Al-Naseem cemetery.”

“We all owe Sheikh Sa’id bin Wahf al-Qahtani, the author of the useful book “Fortress of the Muslim.” My sincere sincere prayer of forgiveness and mercy for him and sincere condolences to his family,” he wrote on Twitter.

The late Sheikh was born in the village of Al-Areen, Qahtan in 1371 AH and 1951 AD. He used to work as the imam of a Saudi mosque. He wrote nearly 80 books, the most popular of which was Fortress of the Muslim which was translated to more than 40 languages.

He was also mourned on Facebook by readers who read his books.

“This was one of my first books I read when I was reverting to Islam, life is so short and temporary, May Allah grant him Jannah,”‘ Maliya Han wrote on Facebook.