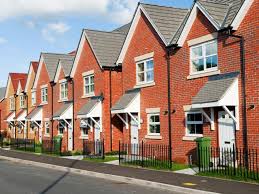 British media reports suggest the Conservative government’s ‘right-to-buy’ policy threatens mass selloffs of Britain’s council homes.
During last month’s election campaign, PM David Cameron promised to give 1.3 million people living in council houses the right to buy their homes.
On paper, many believe it is a fair policy, offering people the chance to own their home at a discounted rate.
But the problem is, if all council houses are sold off, where will those people who are in desperate need of a home live? In order to keep up with the manifesto pledge, London councils have to sell every single new council home they build.
Now James Murray, executive member for housing and development at Islington council in London believes that the law is deeply flawed. He says that “it looks like we will have to sell the flats when they are completed in September. Each of them would sell on the open market at £485,000. And because they are new they are within the third most expensive properties that we have. In fact, all new council homes in inner London will have to be sold off. And what incentive will we have to build again?”
Henry Gregg, assistant director of communications and campaigns at the National Housing Federation, also questions the wisdom of bringing in a new policy on housing that involves the mass selloff of housing at a time where more social housing needs to be built.
He believes, “These figures show that the promise to replace homes sold through right-to-buy, one-for-one, simply isn’t happening. At a time when we need to be increasing the overall supply of social housing, it is like trying to fill a bathtub with the plug taken out.”