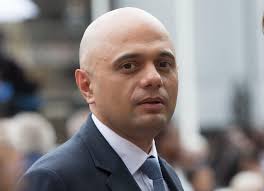 Sajid Javid has been appointed as the new Home Secretary after the resignation of Amber Rudd, Downing Street has announced.
Labour says it wants Sajid Javid to come to the Commons this afternoon to explain how he will fix the Windrush scandal. This is from Labour Whips, an official party account.
Mr Javid has spoken out passionately on the Windrush issue, telling The Sunday Telegraph that he or his family could have suffered because of the scandal. “It could have been me, my mum or my dad,” he said.
He has served previously as a treasury minister and equalities minister.
He has also headed up the culture and business departments, but is now firmly entrenched in clearing up the fallout from the Grenfell fire.