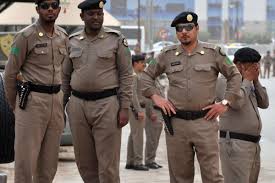 The Saudi authorities said they had arrested 994,000 people between 18 April to 22 April, Saudi Okaz newspaper reported.
According to the paper, 14,467 people were stopped by the security agencies and border security forces regarding issues related violations of residency and labour regulations and attempted infiltration across the border into the kingdom.
The paper said 58 percent of those arrested were Yemenis, 39 percents were Ethiopians and 3 percent from other nationalities.
The paper added that the Saudi security forces have arrested 640 people while trying to exfiltrate from the kingdom.