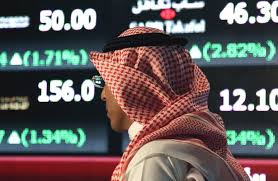 Saudi Arabia on Monday opened its stock market to direct foreign investment, in a move to allow approved foreign investors to invest in the kingdom.
Foreign banks, brokerage houses, fund managers and insurance companies based outside the Gulf can now invest directly provided they meet the requirements.
In a notice issued Sunday, the exchange confirmed that “as of Monday… Qualified Foreign Investors can commence dealing in listed shares.”
With a value of around $532 billion – the bourse is the Arab world’s biggest stock market and one of its most diverse. Analysts expect the stock market opening will bring large volumes of capital into the country.
Saudi Arabia had made the initial announcement on April 16 after the kingdom had said last July that it would permit direct foreign purchases of shares in the first half of 2015, as a way to expose companies to the market, and diversify the economy beyond oil and boost employment.
Commenting on the news today in an exclusive column for Al Arabiya News, the Australian Minister for Trade and Investment Andrew Robb said: “I wish to commend Saudi Arabia’s economic policy-makers and investors for this significant economic reform.
“It presents new opportunities to consolidate economic and financial ties between Australia and Saudi Arabia.
“By enhancing international linkages with foreign institutional investors, Saudi Arabia is able to increase the depth and liquidity of its stock market, and take advantage of a wide range of professional and technical skills available worldwide – including in Australia,” Robb added.
Qualified Foreign Investor
To be registered as a Qualified Foreign Investor (QFI) an overseas institution must have a five-year track record, with at least 18.75 billion riyals ($5 billion) under management.
Each QFI can hold no more than five percent of a stock, and QFIs and their clients together are limited to 20 percent of any one listed company.
Earlier this month, it was reported that shares in five listed Saudi companies will not be open to investment by foreigners when the market permits direct stock purchases by foreign institutions this month.
The five are Jabal Omar Development, Taiba Holding Co, Knowledge Economic City, National Shipping Co of Saudi Arabia (Bahri), and Makkah Construction & Development Co. There are about 170 companies listed on the exchange.
According to Agence France-Presse, analysts estimate foreign investment in the market, whose capitalization is more than $500 billion, could eventually reach $40-$50 billion but say the new rules are not about boosting investment.
Nahed Taher, CEO of Bahrain-based Gulf One Investment Bank, told Al Arabiya News back in April that with the predicted new wave of foreign investment would advance the market beyond short-term trades – and further stability.
“The international long term investment mentality I believe will reflect on the market and they [foreign investors] will not come just for quick trades, which is happening now,” said Taher, who is known as the first Saudi woman to head up a regional financial services firm.
“Also, having international money will mean a lot of diversity with the stock market and give it more depth, and maybe bring more good regulations and better financial indicators,” she added.
Previously, foreigners based outside the GCC were only allowed to invest in the local market through equity swaps and exchange-traded funds.
Saudi Arabia, the world’s leading oil exporter, is the biggest economy in the GCC, and the 19th largest economy in the world, with a nominal GDP of $753 billion in 2014. -(With AFP and Reuters)