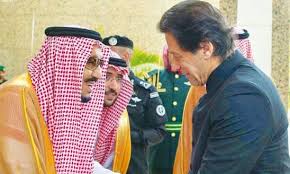 The package would be announced soon, said the minister while addressing an event. A Pakistan Minister on Thursday said that an incoming investment package from Saudi Arabia promises to be “the biggest foreign investment in the country’s history”.

Asad Umar, while addressing an event in Islamabad, said that the package would be announced soon, reports Dawn News.

“The ball is in our court. It is going to the cabinet for approval next week, after which the announcement will be made,” he said.

The Minister said that he keeps getting messages from Saudi Arabia’s Crown Prince Mohammed bin Salman Al Saud “through other people to hurry up”.