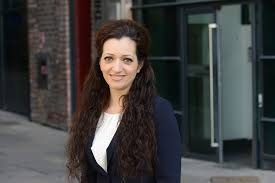 Scotland’s first female Muslim MP is hoping to be a voice for Muslims across the U.K., she told Anadolu Agency in an interview four days after her election victory.
Tasmina Ahmed-Sheikh won the Ochil and South Perthshire seat for the Scottish National Party (SNP) candidate in last week’s general election, becoming the first Muslim to represent the party at Westminster.
“Just elected few days ago but I am hoping to engage with people across all Muslim communities in the country,” she told Anadolu Agency. “Hopefully they can see me as a point of contact, somebody who will stand up and always speak for equality, fairness and prosperity.
“So I am looking forward to engaging with all communities and hope they do contact me.”
Ahmed-Sheikh, a 44-year-old mother-of-four, is the only Muslim MP in Scotland and is part of a wave of SNP candidates who unseated Labour and Liberal Democrat lawmakers to take 56 of Scotland’s 59 constituencies.
“More than 50 percent of the people in Scotland voted for the SNP, this is important,” Ahmed-Sheikh said during an interview on Monday. “With 56 MPs, its historical for us in terms of our numbers. All eyes are on us to make a difference on the ground and that is the job that we are going to do.”
She is also one of six new Muslim MPs at Wesminister, taking the representation of Muslims to its highest level with 13 MPs. There are 2.8 Muslims in the U.K., according to the Muslim Council of Britain.
Ahmed-Sheikh emphasized the SNP’s opposition to the welfare cuts planned by the Conservative, or Tory, government.
“We are the anti-austerity party,” she said. “We are disappointed that we have a Tory government. So, I believe the SNP will be the voice of opposition and the voice of change and the voice of fearless.”
Ahmed-Sheikh’s constituency contains pockets of deprivation, with, according to her, one-in-four children living in poverty in Clackmannanshire borough.
“Anti-austerity is on our agenda because austerity is not working for the people of Scotland. We need to invest in our economy, boost jobs and stop the dreadful thing that people rely on food banks. These are our priorities.”
On the issue of Europe, Ahmed-Sheikh believes in Scotland’s continued membership of the EU. Prime Minister David Cameron campaigned on the promise of holding an in-out referendum on Britain remaining in the bloc.
“We will be working to ensure Scotland stays within the EU,” she said.