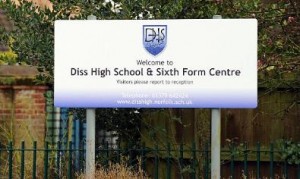 A school in Herefordshire has banned short skirts after concerns from parents and staff. Girls at Whitecross High School in Hereford, whose skirts are deemed too short, face being suspended.
Head teacher Denise Strutt introduced the rule that skirts must rise no higher than the end of the tips of fingers when the arms are placed down.
No girls have been suspended for flouting the ruling yet and the school said parents were supporting it.
Ms Strutt said female pupils could also wear trousers if they choose.
In June, a school in North Yorkshire said all girls now had to wear trousers because of “inappropriate” skirt lengths.
Ms Strutt said girls were warned before the school holidays that the skirt length was changing.
She said: “Skirts were getting shorter and shorter we were getting concerns expressed by members of the public, parents and some staff.”
A school uniform shop in Hereford has worked with the school to design an acceptable skirt. -BBC UK