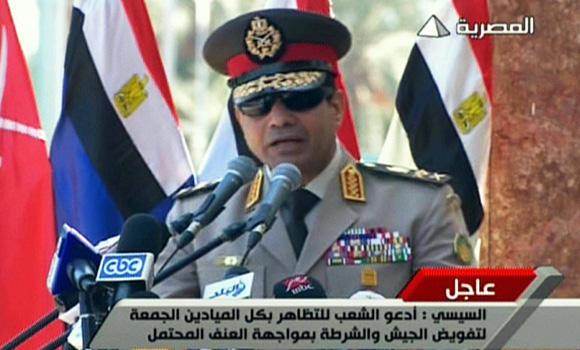 Abdel Fattah el-Sisi canceled a planned visit to South Africa to attend the African Union (AU) summit this week, one day after a group of lawyers filed an official legal request for his arrest.
The Egyptian president was supposed to arrive Friday in Johannesburg to lead his country’s delegation to the 25th AU summit titled “Enabling African Women,” which will start on June 14.
An Egyptian presidential source confirmed to Anadolu Agency that Sisi would not be attending the summit and that Prime Minister Ibrahim Mehleb would lead Egypt’s delegation to the meeting.
A well-informed African diplomatic source earlier told that Sisi would not participate in the summit.
The source, who spoke on condition of anonymity, added that Egypt had officially informed the host country that Sisi would not take part in the meeting and that Mehleb will lead the Egyptian delegation instead.
On Wednesday, South Africa’s Muslim Lawyers Association (MLA) filed an official legal request for the arrest of Sisi upon his arrival in Johannesburg, where the summit is being held.
“We believe al-Sisi committed war crimes and crimes against humanity for the horrendous killings that resulted from the [2013] coup in Egypt,” attorney Yousha Tayoub, an MLA member, told.