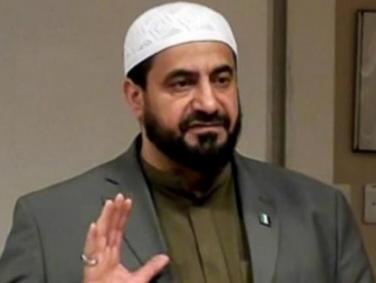 A man believed to have been a Syrian preacher and opponent of Assad’s regime was found with gunshot wounds in a car in north-West London on tuesday.
The Metropolitan Police have not yet formally identified the man who is in his 40s, but he has been named by local press as Imam Abdul Hadi Arwani. The man’s family have been alerted, according to police.
Mr Arwani was formerly an imam at the An-Noor Masjid Mosque in Acton, west London, and was a opponent of the Syrian’s Bashar al-Assad.
Police have launched a murder investigation after the event.
A spokesperson for the An Noor Mosque told BuzzFeed News that they were “shocked” by the incident.
Mahmoud, a former student of Arwani, told BuzzFeed News that he was “well known among the Muslim community in West London, not just for his Syria activism, but also as a community leader.”
When asked about accusations on extremism, Arwani said that Arwani was “a moderate guy” and “outspoken on extremism, but a promoter of democracy.”
Scotland Yard’s Homicide and Major Crime Command has appealed for anyone who may have seen Mr Arwani’s car in the Wembley area on Tuesday morning to get in touch. A spokesman said: “At this very early stage detectives retain an open mind regarding the possible motive.”