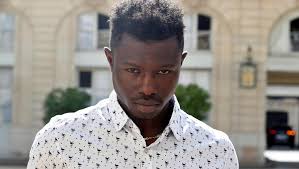 A 22-year-old Muslim man from Mali by name Mamoudou Gassama has become the latest Hero in France.
He has been living in France as an illegal immigrant for many months now, but as fate would have it, he is being decorated as the bravest hero in recent times after he single handedly scaled a high rise building in Paris to Save a 2years old child who was loosely hanging from a balcony.
Though there were many people who were witness to the scene, they chose to be spectators. Mr. Mamoudou who could equally have looked on and waited for the fire service to arrive, took a different turn within the shortest possible time to save the life of the innocent child.
The president of France Emmanuel Macron has honoured him for his bravery including granting him a job opportunity in the Fire service and a France citizenship.
His heroic act has earned him the title, “Paris Spider man” on the various social media platforms.