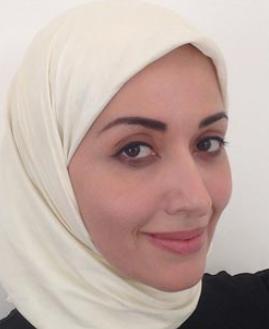 Soumaya Ghannoushi: Are Russia, Ukraine and Georgia part of the “East” or the “West”? What of Turkey, whose largest city, Istanbul, home to 13 million people, is the third most populous European urban area? And what of the Balkans, bearing as they do the “stain” of their prolonged encounter with the Ottomans and briefer experience of socialism? Do they form part of the East or West?
Is the West a geographic designation? Clearly not. Had that been the case, Australia and New Zealand in Asia-Pacific and Israel in the middle of the Arab world would not have been considered as forming part of the “Western world”.
The borders of what we now call the West are more imaginary than real. Far from being fixed, they constantly change according to politics and power balances. So too does the control centre within this ill-defined realm. In the 18th century, the political command centre resided in London and, to a lesser degree, Paris. Then, with the collapse of the old empires after World War II, it shifted across the Atlantic, over to Washington.
This shift in the military, economic and political gravity axis left the West’s perception of itself and the world outside its imaginary frontiers undisturbed, however. The West was still the pivot, the seat of power, progress, reason and creativity. There was a correspondence between the West’s self-image and its reality, between its sense of moral/cultural superiority and its status as the dominant force in the world. It reigned over an East which was not only militarily, economically and technologically inferior, but one dismissed as morally and culturally backward, despotic, stagnant and subservient.
There have been efforts to question the West’s self-image, particularly with Friedrich Nietzsche who cast doubt on the notions of subjectivity, substance, absolute identity, rationality and teleological progress. Deconstructive theory, post-modern philosophy, post-colonial studies and criticisms of Orientalism with Edward Said have since done much to undermine the certainties of the discourse of modernity. But their influence has largely remained within the narrow confines of intellectual milieus, meeting opposition even within universities and academic circles.
Mainstream Western discourse has not really moved away from the West’s sense of cultural superiority, in spite of the enormous political and economic changes taking place on the world stage. The West today is not the West of the 19th or 20th century, however. The world’s centres of command no longer reside in London, Paris, or indeed, Washington. They are no longer to be found in the western half of the globe.
We live in what some may describe as a multi-polar world, while others prefer to see it as a non-polar system. Whatever the accurate designation, what seems certain is that today, no single power is capable of regulating the rhythm of events on the world arena or of shaping them as it sees fit.
The world order is multi-dimensional, with a plurality of centres scattered around the globe in China, Russia, India, Japan, or Brazil, not only at an international, but at a regional level too. Powers like Iran, Turkey, South Africa, Nigeria, Mexico, and Venezuela are increasingly wielding more influence over their neighbourhoods than do London, or Washington. Indeed, much of what goes on in the Middle East, in Syria, Egypt, Iraq, Libya, or Yemen, for instance, is the effect of the growing power of regional and local players, which have benefited from the vacuum generated by America’s defeat in Iraq and Afghanistan and ensuing erratic retreat from there.
Even non-state actors have been exerting a degree of influence often larger than that of the “great powers”. These have included civil and military players active in their national contexts like Hamas and Hezbollah, as well as terrorist groups like Daesh, al-Qaeda and their offshoots which have risen to prominence over the last two decades.
Washington, Paris and London no longer dictate the course of events in the region, from the Arab revolutions which took them by surprise, to the counterrevolutionary trend that has sought to abort that process of change. The West has been reduced to a spectator in both, desperately struggling to jump back into the driving seat, often without much success.
Take Egypt, for example. The principal actors in its 25 January revolution have been the masses, then the army, which found itself compelled to remove Mubarak, then the Gulf countries, which plotted to topple Mohamed Morsi, the country’s democratically elected president, restoring a more vicious form of military rule.
In Syria, the leading players have been Iran and Russia on one side, and Turkey, Saudi Arabia and Qatar, on the other. In Iraq, it is the Iranians and Daesh. They have taken the lead roles. The West has been relegated to the part of a marginal extra.
Even in Tunisia, the political agreements struck there were arranged, negotiated and reached by internal players, incurring the displeasure of some of the international forces historically influential in the North African country.
Next door in Libya, the leading actors since its revolution have been the various armed factions, the UAE-Egypt, Turkey-Qatar more than the US, or France.
In short, what we have today is a West that is retreating militarily and shrinking economically, yet one that still speaks as the lord and master in command of the fates of nations and continents. What it needs is a large dose of humility to bring its grand narratives down to earth and put its grandiose discourse, language and self-image in line with its humble reality.
Soumaya Ghannoushi is a British Tunisian writer and expert in Middle East politics. Follow her on twitter: @SMGhannoushi