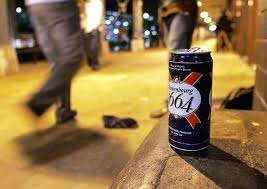 Tower Hamlets Council is introducing a public order to give police and council enforcement officers new powers to tackle anti-social behaviour caused by people drinking alcohol in public places.
The order comes into effect on 1 March 2018. It means that people who are being anti-social and drinking alcohol in a public place could be issued with an on the spot fine up to £100. Fines of up to £500 could be issued if they are convicted for being anti-social and refusing to stop drinking when asked to by a police officer or enforcement officer.
John Biggs, Mayor of Tower Hamlets said, “Residents have told us that anti-social behaviour and crime linked to excessive alcohol consumption is an issue across the whole of Tower Hamlets.
“This order provides reassurance to law-abiding residents that something is being done to tackle these issues and gives police and council enforcement officers additional powers to target those who cause misery to others.”
Councillor Asma Begum, Cabinet Member for Community Safety, added, “This order will only be used to tackle the poor behaviour that our residents face when people drink to excess.
“By making it borough wide, we can ensure that the whole of Tower Hamlets has equal protection from bad behaviour. I look forward to the improvement it will bring to our residents’ quality of life.”
An extensive 6 week public consultation took place in February – March 2016 to decide whether the order should be introduced.
84 per cent of residents, businesses, charities, partner organisations and licensees  were in favour of introducing a Responsible Drinking Borough order.
Street drinkers in the borough will continue to be offered advice and support into treatment services to help them address their addictions, move out of the ‘street lifestyle’ and address their anti-social behaviour.
Signs have been placed in prominent locations across the borough to inform residents and visitors of the public order and its implications to them.
Alcohol related anti-social behaviour can be reported by calling the Police Non-Emergency Number, 101.