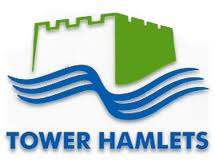 With its skyline to rival any international city, Tower Hamlets’ new-found status as the local authority with the most dynamic economy, is well deserved and the result of decades of hard work.
Tower Hamlets has been cited as having one of the most dynamic economies in the country according to a national report.
The report by accountancy firm Grant Thornton ranked Tower Hamlets first on its high growth index, which analysed factors such as demographic (skilled, young and active workforce, diverse communities) economic potential for growth and environmental factors. The index shows that Tower Hamlets has better growth than cities including Manchester and Birmingham and leads the field for local authorities not just in London but across the country.
Mayor of Tower Hamlets Lutfur Rahman said: “The report speaks for itself – having a highly skilled workforce, diverse communities, access to modern amenities and support for local skills all contribute to continuous growth and opportunity. Tower Hamlets is a dynamic borough offering much to be proud of, benefiting residents, visitors and investors alike.
“Our strategy going forward is to focus on skills development of residents alongside meeting the needs of businesses in the sectors that are expanding in our borough.”
Occupying eight square miles to the east of the city, Tower Hamlets is characterised by extreme opposites; a borough with high – although reducing – levels of child poverty, yet home to Canary Wharf, one of the world’s most important financial districts.
Despite the country emerging from the worst economic crisis in many years, Tower Hamlets has been blazing ahead with ambitious regeneration plans such as Blackwall Reach and Wood Wharf underway to ensure it stays ahead, reaping the benefits of innovative schemes.
The council recognised early on the importance of nurturing talent and invested heavily in transforming schools and raising attainment levels. This has resulted in all of our secondary schools being either refurbished or rebuilt, rising GCSE and A levels results and is ranked as the top inner London borough for sending young people to university.
Cabinet member for housing and development Cllr Rabina Khan said: “By continuing to support the development of new homes, local business and infrastructure, we have invested in local residents, enabling them to thrive during times of adversity.”
The council’s ambitious Whitechapel Masterplan aims to build 3,500 new homes and create up to 5,000 local jobs.
The plan will see the revitalisation of Whitechapel Road, the creation of a civic hub, improved market and enhanced business mix.
To view the report click here
http://www.grant-thornton.co.uk/Global/Publication_pdf/Where-growth-happens-the-high-growth-index-of-places.pdf