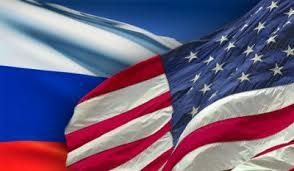 US President Donald Trump on Monday (March 26) ordered the expulsion of 60 Russians from the United States and closed the Russian consulate in Seattle over a nerve agent attack earlier this month in Britain.
The expulsions are the toughest action taken against the Kremlin by Trump, who has been criticised for not being firm enough with President Vladimir Putin of Russia.
Fourteen European Union countries likewise expelled Russian diplomats, EU President Donald Tusk announced, after the bloc last week sided with Britain in blaming Moscow over the poisoning of former Russian double agent Sergei Skripal and his daughter in England on March 4.
They were joined by former countries of the Soviet bloc including Ukraine, Lithuania, Latvia, Poland and the Czech Republic.
The US order includes 12 Russian intelligence officers from Russia’s mission to the United Nations headquarters in New York and reflects concerns that Russian intelligence activities have been increasingly aggressive, senior US administration officials told reporters, speaking on condition of anonymity.
The Russians and their families have seven days to leave the United States, according to officials.
Moscow has denied responsibility for the March 4 attack on former Russian double agent Sergei Skripal and his daughter in England, the first known offensive use of a nerve toxin in Europe since World War II.