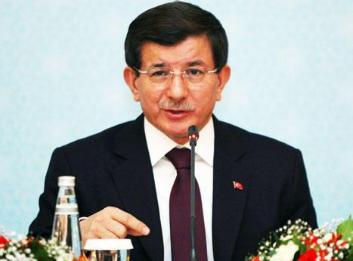 Turkish Prime Minister Ahmet Davutoglu on Sunday accused the European Union of starting a “dirty campaign” against Turkey by criticizing the arrests of opponents of President Recep Tayyip Erdogan.
Turkey’s already stalled membership bid to join the EU has suffered a further blow amid the row with the 28-nation bloc over last weekend’s raids on journalists and police.
“The EU even made its statement on a holiday. With this statement, they started a dirty campaign concerning our government,” he said.
“With this dirty campaign, they are waging a defamation campaign against our government and our country,” he added in televised remarks.
EU foreign policy chief Federica Mogherini and Enlargement Commissioner Johannes Hahn had issued an unusually harsh statement condemning the raids as “incompatible with the freedom of media.”