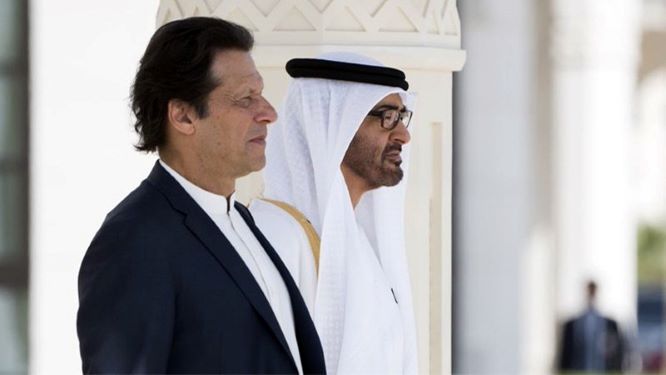 The United Arab Emirates plans to deposit $3 billion in Pakistan’s central bank “in the next few days”, the UAE state news agency WAM reported on Friday.

The deposit is aimed at supporting Pakistan’s monetary policy, it said, citing the state-run Abu Dhabi Fund for Development.

“The country’s support for Pakistan’s fiscal policy is based on the historical ties between the two people and the two friendly countries and the desire to further develop the bilateral cooperation in all fields,” the Wam report said.

The Abu Dhabi Fund for Development has financed eight development projects in Pakistan with a total value of AED1.5 billion, including AED931 million in grants. The funds covered projects in sectors such as energy, health, education and roads.

IMF package
A team from the International Monetary Fund in November visited Pakistan for talks with officials on a possible IMF bailout but the discussions ended without any agreement.

Pakistan last received an IMF bailout in 2013 to the tune of $6.6 billion. It also secured $6 billion in funding from Saudi Arabia and struck a 12-month deal for a cash lifeline during Pakistani Prime Minister Imran Khan’s visit to the kingdom in October.

Khan thanked the UAE on Friday “for supporting Pakistan so generously in our testing times”. “This reflects our commitment and friendship that has remained steadfast over the years,” he said on Twitter.