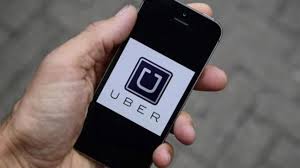 Uber will add an additional pound to the cost of journeys in central London from next week after the city’s transport authority said private hire taxi operators will no longer be exempt from the congestion charge.
Most drivers entering London’s central zone, spanning King’s Cross in the north, the City in the east, the Imperial War Museum in the south and Buckingham Palace in the west, pay 11.50 pounds ($15) Monday to Friday during the day.
Private hire firms had been exempt from the charge but regulator Transport for London (TfL) is seeking to cut the number of vehicles on the British capital city’s roads, which has surged partly due to burgeoning taxi apps.
TfL said in December that private hire taxi operators such as Uber and Addison Lee would have to pay the levy from April 8.
“To help ease the impact on driver earnings, Uber trips that start, finish or pass within that Zone will include a 1-pound Central London Fee,” said Uber.