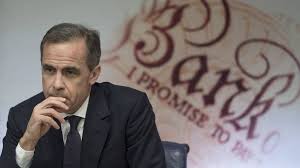 Britain’s economy accelerated in the second quarter of 2015, helped by rebounding services activity and industrial output, official data showed.
Gross domestic product grew 0.7 percent between April and June, the Office for National Statistics (ONS) said in an initial estimate. That matched analysts’ forecasts.
The dominant services sector helped the economy improve on a disappointing first quarter when GDP increased by just 0.4 percent, following 0.8-percent expansion in the fourth quarter of last year.
“After a slowdown in the first quarter of 2015, overall GDP growth has returned to that typical of the previous two years,” said ONS chief economist Joe Grice.
“But the pattern has differed across the economy. Overall growth has been driven by the service sector and the strongest growth in mining and quarrying since 1989.
“However, manufacturing output has fallen slightly and construction has been flat.”
Britain’s services sector, representing more than three-quarters of economic output, also grew by 0.7 percent in the second quarter.
Rising North Sea oil and gas production helped industrial output gain 1.0 percent, while construction was unchanged and manufacturing slid 0.3 percent.
Grice added that rebounding growth takes GDP per head “back to broadly level with its pre-economic downturn peak” in early 2008.
Strengthening growth could meanwhile fuel fresh speculation over the timing of an interest rate hike, analysts said.
GDP is now 5.2 percent ahead of its level in the first quarter of 2008, prior to the recession which saw the economy shrink by as much as 6.0 percent.
“The acceleration in growth raises questions over how long the Bank of England will be able to maintain interest rates at 0.50 percent, especially with wages now rising strongly,” said economist Ben Brettell at brokerage Hargreaves Lansdown.
BoE governor Mark Carney has forecast that Britain’s record-low interest rates could start to rise at the turn of the year.
Carney expects the key rate to climb over the next three years from its current level of 0.50 percent — where it has stood for more than six years in order to stimulate growth.
“It would not seem unreasonable to me to expect that, once normalization begins, interest rate increases would proceed slowly and rise to a level in the medium term that is perhaps about half as high as historic averages,” Carney said earlier this month.
“In my view, the decision as to when to start such a process of adjustment will likely come into sharper relief around the turn of this year.”