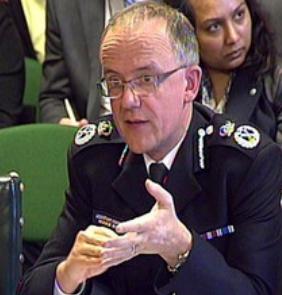 Britain’s top police officer said Tuesday that the three British school girls suspected to have travelled to join the Islamic State of Iraq and Syria (ISIS) will not face terrorism charges if they decide to come back to their country, The Guardian reported Tuesday.
Bernard Hogan-Howe, commissioner of the Metropolitan police, said that Shamima Begum, 15, Kadiza Sultana, 16, and Amira Abase, 15, could return home to their families during an address in front of MPs on the home affairs committee.
During his address, Hogan-Howe was accompanied by his head of counter-terrorism, Mark Rowley.
Commenting on the incident, Rowley said: “We have no evidence in this case that these three girls are responsible for any terrorist offences.
“They have no reason to fear, if nothing else comes to light, that we will be treating them as terrorists.”
Rowley also said that the trio was in a different position than someone “running around in northern Iraq and Syria with Kalashnikovs.”
Both Rowley and Hogan-Howe agreed that the girls would be “returning to their families” if they decided to come back.
Earlier this week, reports surfaced that the three teenagers have arrived in ISIS territory in Syria.
The girls reportedly boarded a flight to Istanbul from Gatwick last month, sparking an international police investigation that sought to bring them back to their families safely.