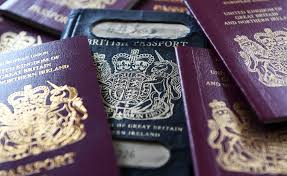 The U.K. will request a higher command of the English language from those who would like to apply for British citizenship, Home Secretary Sajid Javid announced on Tuesday.

Speaking at the Conservative Party autumn conference in the city of Birmingham, Javid said language skills are key to integration with British society.

He said they are “raising the level of language proficiency expected for adults seeking to naturalize as British citizens.”

“Language ability is a key skill which aids the effective integration of adults and their families into the U.K. and promotes positive outcomes,” he argued.

“We want to see people who want to become citizens to make a commitment to their integration by investing in the skills they need to integrate as quickly as possible.”

Javid said there is currently no difference in the English language requirement for settling in the country and for citizenship but that “this fails to recognize the greater significance of British citizenship, or give the incentive for those who have settled here to continue developing their English language skills.”

Under current Home Office requirements, people who would like to apply for a settlement visa (Indefinite Leave to Remain) or citizenship are asked to prove they have a sufficient level of English.

The home secretary also said the British state would use its power to strip British citizenship from dual citizens who are involved in serious crimes.

Javid said Britain has used this power in extreme and exceptional cases before.

“Now, for the first time, I will apply this power to some of those who are convicted of the most grave criminal offenses,” he said.

“This applies to some of the despicable men involved in gang-based child sexual exploitation,” he added.

He said: “Our message to the very worst criminals is clear.

“If you grossly abuse the laws of this country, you will no longer be welcome in our home.”