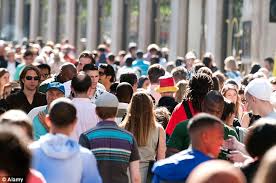 Islamophobic hate crimes are to be recorded as a separate category for the first time by police in England and Wales, UK’s Prime Minister David Cameron has announced. Due to this move anti-Muslim attacks and anti-Sematic ones will be treated as same.
UK’s Home Office is expected to release new tatistics which are expected to show a rise in numbers of hate crimes over the past year, continuing the trend seen in 2013-2014, when offences involving religious hatred soared by 45 per cent and race hate crime by 4 per cent.
Speaking at the first meeting of a new Community Engagement Forum PM David Cameron also announced that his government will provide new funding to boost security at religious buildings as a precaution against religious hate attacks.
The Forum brings together representatives of faiths including Islam from around the country, and is intended to provide the PM with an opportunity to hear directly from those challenging extremism in the community.
Announcing its creation in a speech in Birmingham in July, Cameron said it was part of a drive to isolate extremists and “actively encourage reforming and moderate voices” in Muslim communities.
“We all have a role to play in confronting extremism. That’s why I have invited important Muslim and non-Muslim figures to join the new Community Engagement Forum, so I can hear directly about their work in our communities, the challenges they face and so that they can be part of our One Nation strategy to defeat it,” Cameron said.
“I want to build a national coalition to challenge and speak out against extremists and the poison they peddle. I want British Muslims to know we will back them to stand against those who spread hate and to counter the narrative which says Muslims do not feel British.
“And I want police to take more action against those who persecute others simply because of their religion,” he added.
“Hate crime has no place in Britain and I am determined to make further progress to ensure we can eradicate this deplorable act.
“Working with police to provide a breakdown in religious-based hate crime data will help forces to build community trust, target their resources and enable the public to hold them to account.
“Our Counter-Extremism Strategy will be published later this month and will introduce a wide range of measures to defeat all forms of extremism. These will empower communities to confront extremist ideologies, and build more cohesive communities where everyone feels able to succeed,” Home Secretary Theresa May said.