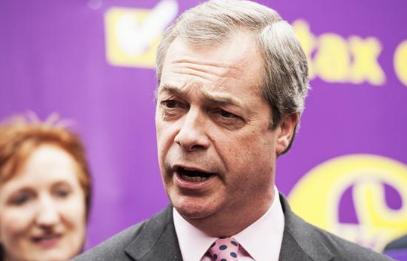 Britain’s populist UK Independence Party (UKIP), which played a major role in the runup to the 2016 Brexit referendum, suffered an almost total wipeout in Thursday’s local elections in England.
The UKIP lost 92 seats in local councils, after a steady hemorrhaging of support since the Brexit referendum, holding onto only 2 seats with results coming from 99 of the total 150 councils up for grabs in local elections.
The Euroskeptic UKIP made Turkey’s EU membership bid the centerpiece of their pro-Leave Brexit campaign.
An ad styled as a “news report” featuring scenes from Turkey had claimed the U.K. would have to take in 15 million Muslim refugees if Turkey joined the EU.
The ruling Conservative Party seems to have benefitted from shifting UKIP votes to win in a few councils and managed to hold onto central London councils, Wandsworth and Westminster, two main Labour targets in the election.
Labour also failed to take Barnet council, losing it to the Tories. Local political commentators have linked the loss in Barnet to recent anti-Semitism allegations in the Labour Party.
The Labour Party, however, managed to win Plymouth from the Tories.
The pro-EU party Liberal Democrats managed to increase its votes and won 40 extra council seats so far.
In 99 results out of 150, Labour won 1,467 council seats, the Conservative Party secured 881 seats, and the Lib Dems captured 326.