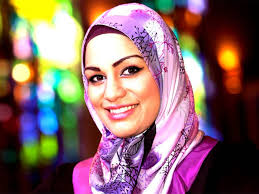 A Muslim chaplain at Chicago’s Northwestern University has said she faced Islamophobia from a United Airlines flight attendant and fellow passengers on a recent flight in an incident which has gone viral on social media.
The Guardian reports that Tahera Ahmed claimed on her Facebook page that a flight attendant was “clearly discriminating against me” after she asked for an unopened can of soda for hygienic reasons. She said she was told: “Well, I’m sorry. I just can’t give you an unopened can, so no Diet Coke for you.”
Then when the man next to her allegedly got an unopened beer can from the in-flight service, Ahmad said she was told something even more inflammatory: “We are unauthorized to give unopened cans to people, because they may use it as a WEAPON on the plane.”
Ahmad said her fellow passengers were of no help: “you Moslem, you need to shut the F** up,” Ahmad said. In the Facebook post, she added that she was told by another male passenger across the aisle. “[y]es you know you would use it as a WEAPON, so shut the F** up.”
Muslim activists have taken to social media to call the alleged incident an “inexcusable” act of bigotry as other social media users said they would boycott United Airlines based on what they interpreted as open discrimination.
United Airlines spokesman Charles Hobart told the Guardian that the airline was attempting to contact Ahmad in order to “get a better understanding of what occurred during the flight”.
Hobart also said United was discussing the alleged incident with Shuttle America, United’s regional partner that operated the flight.
Ahmad told the Chicago Sun-Times that she received an apology from the flight attendant on behalf of herself and the other passenger, saying that the United employee had “acknowledged it was unethical and said he never should have said anything.”