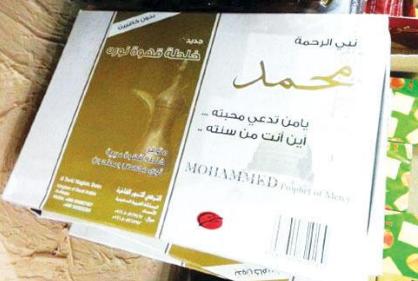 A local trader here has raised controversy by selling dates using the name of the Prophet (peace be upon him) on the packaging.
The packaging reads: “Where are the people who say they love the Prophet (peace be upon him) and follow his Sunnah.” By getting printed this on cover of the packaging, the trader says he refers to various Hadith, or sayings of the Prophet, that advise people to consume dates because of their health benefits.
Many people have taken to Twitter to criticize this method of marketing products to Muslims using Islamic injunctions. Some commentators said that the trader is only interested in making money and is able to get away with it because of poor government control.
The trader meanwhile remains adamant saying this is a legitimate form of marketing. He said he designed the logo himself and that the aim is to urge Muslims to love the Prophet and his teachings.
He said there are other products in the market, such as certain brands of coffee, which also encourage people to follow Islamic law by having it with their parents.
He said he has already marketed another product using the same method, which encourages people to obey their parents. He has printed large quantities of this logo, he said.