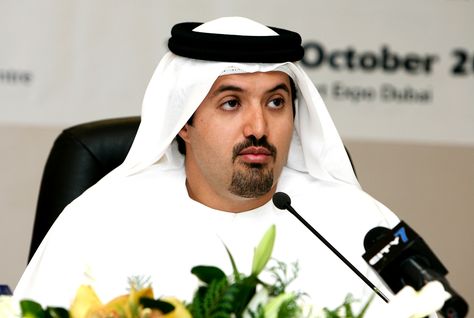 Dubai’s tourism chief on Tuesday said he did not want the emirate to become a cheap holiday destination as a result of its bid to boost its stock of hotel rooms and achieve its goal of attracting 20 million visitors a year by 2020.
“Average room rate now is right for Dubai. We don’t want it to be cheap. People pay for what they get and I’m very comfortable with where it is now,” His Excellency Helal Saeed Almarry, director general of the Dubai’s Department of Tourism and Commerce Marketing (DTCM), said in an on-stage interview at the Hotelier Great GM Debate at the Jumeirah Beach Hotel.
Speaking to more than 200 hotel general managers, Almarry said Dubai was on track to achieve its goal of attracting 20 million visitors by 2020.
Two or three years ago he said he was concerned the growth in hotel room was not happening quickly enough and was increasing by only 2 or 3 percent.
However, he stated that DTCM figures showed the number of rooms had increased by 9 percent when compared to 2013, with the average room rate being AED643 ($175), which is an increase of 8 percent year-on-year.
With the right number of hotels in the pipeline and visitors increasingly staying for longer periods Almarry said he “definitely sees a balance between the number and the price of the rooms.
“Now we have more visitors from Africa, Far East, South Korea and even Indonesia, in addition to our traditional markets,” he stated, but conceded that any delays in hotel openings or the upgrading of existing properties “might be a challenge.”
“I still see the challenge to hit the number we’ve put forward and we are starting to pick up now but only just now… With the new attractions happening, we will need room numbers increasing and that’s where the challenge is.
“If you are a busy growing market, you need to keep customer satisfaction at the level that is expected for Dubai,” he added.
His comments come as it was reported that Dubai hotels experienced their worst month in 18 years during July 2014, according to an industry report.
A sharp increase in supply (8.3 percent) coupled with a significant fall in demand (-4.5 percent) saw the emirate record an 11.8 percent drop in occupancy for the month, to less than 50 percent, according to STR Global, which monitors hotel occupancy rates each month.
The 45.4 percent occupancy rate is almost half the 80-plus level Dubai had been averaging earlier this year.
It is the worst monthly data since records began in 1996, according to STR Global.
The fall also drove down revenue per available room (RevPAR) by 7.4 percent to AED290.23.
Rather than attempt to boost occupancy with reduced rates, hotels hiked them up, increasing the average daily rate by an average 5 percent to AED638.66.
“Dubai reported the lowest occupancy levels of any month for the last 18 years, when STR Global began tracking hotel performance for the market,” STR Global managing director Elizabeth Winkle said.
“As July is one of the hottest months within the region and coincides with the fasting month of Ramadan, the city had an overall negative trend, on top of growing supply.”