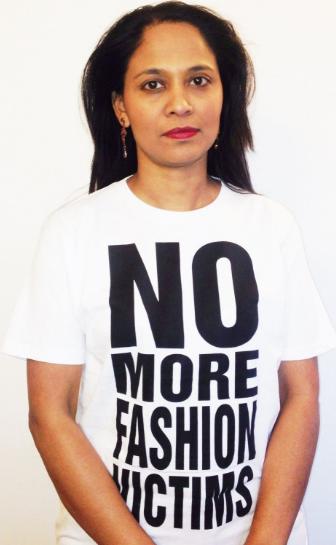 Rushanara Ali MP speaking on the 1st anniversary of the Rana Plaza factory which claimed the lives of 1100 people and injured thousands said: “One year ago today, the factory collapse in Rana Plaza cost over 1,100 people their lives. This needless tragedy must never be forgotten. Workers in the Bangladesh garments industry, and worldwide, deserve the right to safety at work, as well as better conditions and pay. However, one year on, there is still so much that needs to be done. In particular, much more needs to be done for the families of those who died as well as the survivors.”
According to Human Rights Watch, global companies that sourced garments from factories operating in the Rana Plaza building are still not contributing enough to the trust fund set up to support survivors and the families of those who died. The target for the fund is $40 million, but only $15 million has been raised so far.
At the time, the factory collapse also led to media attention, with MPs such as Rushanara putting pressure on UK-based clothing retailers to improve safety standards and working conditions at their factories in Bangladesh. Rushanara has also lent her support to the No More Fashion Victims campaign, led by activist and fashion designer Katharine Hamnett and Labour Behind the Label which is designed to raise awareness on protecting garment workers making clothes for British high street retailers. Alison McGovern MP, Labour’s Shadow Minister for International Development, also recently made clear how fashion campaigners have chosen 24 April as “Fashion Revolution Day” in order to encourage people to ask questions about the clothes they buy.
Rushanara said: “We have the power as consumers to make our voices heard and bring about change that can protect lives in the future and prevent disasters such as in Rana Plaza which claimed the lives of so many.  For a while, the tragedy drew attention to the importance of shopping ethically, but this attention and public campaigning pressure needs to continue if we are to help improve labour standards in the garments industry and other industries in developing countries. Factories in Dhaka alone currently provide work for a staggering 3.6 million people and that can only make the task of holding our labels to account all the more urgent. As we mark the first anniversary of this appalling disaster and commemorate the lives of those who were killed, it is vital that the victims and their families receive compensation and support and that the international community acts urgently to improve labour standards and ensure garments workers receive a decent living wage.”