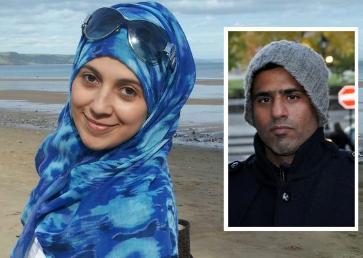 South Wales Police have launched an international manhunt following the discovery of a woman’s body in a guest room at a Cardiff hotel.
The body of Nadine Aburas, a 28 year old from Cardiff, was found by staff at the Future Inn Hotel, on Hemingway Road, Cardiff, at approximately noon on New Year’s Eve.
A post-mortem examination has been completed but officers are waiting for further pathology results before confirming how the woman died.
Officers investigating the incident are appealing for anyone with information to come forward.
In particular, they would like to speak with anybody who may have seen Ms Aburas accompanied by a Sammy Almahri, 44, who possibly had distinctive injuries to his face, which were unrelated to this incident.
Almahri is a US National, who resides in New York City and had an existing friendship with Nadine.
The suspect entered the UK on Boxing Day and travelled to Cardiff on 28 December – and South Wales Police is continuing inquiries to establish his movements during this period.
He checked into the Future Inn hotel in Cardiff Bay at 8.25pm on December 30. Nadine arrived at the hotel approximately 9pm that evening.
Almahri left the premises at 3am on New Year’s Eve. He subsequently took a flight from Heathrow to Bahrain at 10.30am on New Year’s Eve – and may now be in Tanzania.
Hotel guests or visitors to the hotel may have seen them together, as may those who were out in the Cardiff Bay area that evening, between 10pm and 11pm.
As part of this international murder investigation South Wales Police is liaising with law enforcement agencies in New York City and Tanzania.
A spokesman for South Wales Police said officers wanted to establish what happened between 8.25pm on December 30 and 3am the following day.
Detective Superintendent Paul Hurley said: “The hotel was busy with people who were in the city to celebrate Christmas and New Year’s Eve.
“People will have seen them together, or on their own, and I would urge them to come forward.
“While we have not yet made any arrests, we have a team of officers who are trying to trace Sammy Almahri, and now believe he is in Tanzania.
“We have been working closely with our counterparts in both NYPD and police officers in Tanzania. From our inquiries we have discovered that Almahri is very resourceful and has access to funds, which may further assist his evasion from law enforcement agencies.
“I consider this man to be a dangerous individual and would advise that any knowledge of his location or sightings of him are reported immediately to the authorities – and he is not to be approached.
“We are supporting Nadine’s family with specially trained officers and they have paid the following tribute to her – but at this stage would now like to be left to grieve privately.”
The force also released a tribute from Ms Aburas’ family.
They said: “Nadine was a lovely, bubbly girl and unique and talented woman. She always wanted to help people and everybody loved her.
“She has left such a massive hole in our family and we will miss her so much. The family respectfully request that they be left to grieve privately.”
Police have set up a dedicated incident line: (0044) 02920 527303 and an email address incidentroom@south-wales.pnn.police.uk