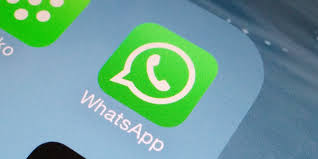 It is time to look at your smartphone, not to check amy message or email but how old it is. According to media reports, popular messaging app WhatsApp will stop working on millions of smartphones by the end of 2016 unless they are upgraded.
WhatsApp, with more than one billion monthly users, was phasing out compatibility with older phones in a technology upgrade, The Mirror reported on Saturday.
“While these mobile devices have been an important part of our story, they do not offer the kind of capabilities we need to expand our app’s features in the future,” the report said, quoting a spokesperson from WhatsApp.
“As we look ahead to our next seven years, we want to focus our efforts on the mobile platforms the vast majority of people use,” the spokesperson said.
The company has said that several older services would be discontinued in 2017.
“For iPhone users, WhatsApp will stop working on any iPhone 3GS and will also stop being supported on any device running iOS 6,” Manchester Evening News reported.
The service will also stop on any first, second, third or fourth generation iPad that has not been updated. Users need to update to iOS 9.3 to use the service.
Phones or tablets running on Android 2.1 or 2.2 operating system will not be supported after year end.
WhatsApp will stop working on Windows 7 running devices and if you are still using Windows 7, you need to update the device as soon as possible in order to use the service.
However, WhatsApp is extending support for BlackBerry OS, BlackBerry 10, Nokia S40 and Nokia Symbian S60 until June 30, 2017.