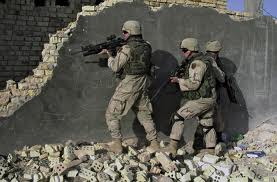 Dr. Hamdan Al-Shehri: Many countries came together in Kuwait last week and pledged to donate billions of dollars to rebuild Iraq after its three-year war with Daesh. Most of the donors were Gulf Cooperation Council (GCC) countries. If we look at the problem as a humanitarian one, we see that Iraq is a neighbor and a fellow Arab country. If we look more closely at the matter, however, we realize that the destruction of Iraq has been going on for about four decades.
The devastation began with the deplorable revolution in Iran led by Khomeini. After he became supreme leader, the initial disruption was accomplished by exporting his revolution, beginning with an eight-year war with Iraq. During that time, more than half of Iraq’s cities were seriously damaged and millions of Iraqi people were killed. Following this pointless war, Saddam Hussein made the problem worse by invading Kuwait. That, in turn, led to an international coalition for the liberation of Kuwait, along with a US invasion that again enabled Tehran to destroy Iraq from the inside, using some Iraqi people who had a close relationship with the Iranian regime.
Daesh and Al-Qaeda then appeared in Iraq and enabled the Iranian propaganda machine to say that Tehran was fighting terror, when in fact it was facilitating it. Focusing on Iranian intervention in the region and how it supported its terrorist militias would explain the situation and allow us to understand that Iraq’s infrastructure must not only be rebuilt, but also that the country must be stabilized.
If we want a stable Iraq, we have to rebuild the country’s government as well as its infrastructure and institutions. Iraq had, and will have, the same problems because of Iran’s sectarian policy.
This brings us to the issue of why there has so far been no serious action on the part of the international community to stop Iranian intervention in Iraq, Syria and Lebanon. Who is behind this inaction? If there is no action, that means the coalition countries are wasting their time in the war against terror, as the promoter of terror is Iran and Iran has never been attacked by any of them.
It is no secret that most of the international community knows where the strongholds of Al-Qaeda and other terrorist militias are. They know they are in Iran. If they know that and hear both Iraq and other Arab countries complaining of Iranian intervention and destruction, why do they do nothing?
In the Kuwait meeting, Iran did not promise donations to Iraq. Why should it if it plans to destroy it again? If the international community does not stop this Iranian trouble-making and meddling, then we are as guilty as the Iranians of promoting terrorism because we are permitting them to fund militias, provide safe havens to terrorist leaders, and to spread sectarian policies that result in regional strife.
Is our duty in the region only to donate billions to rebuild destroyed countries? Of course, we need to donate, but we must also stop the Iranian actions. Unfortunately, the international community seems unwilling or unable to put an end to Iranian intervention.
Our aim is also to kick them out and to rebuild Yemen and save it from future Iranian destruction. Other countries must learn from that and follow our example: Kicking them out and then rebuilding what has been destroyed. This would be the right decision. If we want to be fair, we must oblige Iran to rebuild what it has destroyed with its own hands and with its terrorist militias.
Dr. Hamdan Al-Shehri is a political analyst and international relations scholar. Twitter: @DrHamsheri