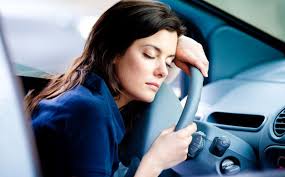 Yawning during long drives is common, but have you ever nodded off behind the wheel? Here’s an eye-opener.

A new study has revealed that one in eight UK drivers – 13 per cent of the total – admit they have fallen asleep while driving.

As many as 62 people died and 462 were seriously injured on Britain’s roads last year when fatigue was a contributory factor to collisions, government stats indicate, as reported by Daily Mail.

The study was commissioned by AA Charitable Trust to mark the launch of an awareness campaign on the dangers of drowsy driving. Its director Edmund King warned motorists that by nodding off for three or four seconds on a motorway they would cover the length of a football pitch with their closed eyes.

The annual injury count is much higher than the official government statistics suggest as many cases go unreported or are difficult to prove, the report pointed out.

Under the study, 20,561 motorists were surveyed and it was found that 13 per cent of them had at one time or another fallen asleep while at the wheel.

Men have a three times higher probability than women to recognise that they were asleep at the wheel (17 per cent compared with 5 per cent), the poll findings said.

According to the survey, it could be a long or hard day’s work (39 per cent), the monotony of the journey (33 per cent) and late night driving (27 per cent) behind fatigue driving.

King described sleepiness as “one of the most under-estimated risks on the roads”. He said: “Crashes involving a drowsy driver tend to be catastrophic. If a driver has fallen asleep at the wheel they do not brake before an impact and make no attempt to steer away from a collision.”

“Winding down the window, singing and turning up the radio are not remedies to tiredness, rather a symptom in themselves. If you feel tiredness creeping up on you when driving then stop and take a break.”

Dr Katharina Lederle, the sleep expert at Somnia and author of Sleep Sense, was quoted as saying in the report: “The simple truth is the only long-term cure for sleepiness is sleep and drivers are not able to fight it off by opening the window or turning up the radio.”