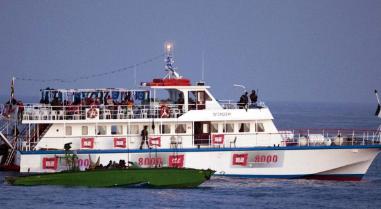 Turkish human rights organisations and activists from 12 countries announced their intention to send a fleet to challenge the blockade imposed by Israel on the Gaza Strip.
The organisations involved in the fleet did not specify the date it would set sail but the Humanitarian Relief Foundation (IHH), which launched the Mavi Marmara in 2010, said in a statement that the “coalition” including activists from 12 countries who gathered in Istanbul during the week and discussed sending a fleet to break the blockade on the Gaza Strip.
The statement added: “Freedom Flotilla Coalition decided that in light of the complicity of government in Israel’s crimes, the civil society should take responsibility for challenging the Israeli blockade of the Gaza Strip.”
The Freedom Flotilla, which was launched in May 2010 to provide humanitarian aid to the besieged Gaza Strip, was attacked by Israel. Forces took control of the Mavi Marmara and killed 10 Turkish activists aboard ship. This incident is still hampering the normalisation of relations between Israel and Turkey.