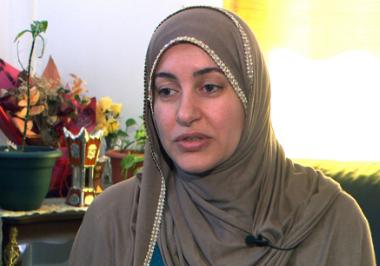 More than 43,000 Canadian dollars has been raised to help a Canadian woman after a judge refused to hear her case claiming that she was not suitably dressed for court proceedings.
Judge Eliana Marengo told Rania El-Alloul on Tuesday that she was not dressed suitably for the courtroom, which is a secular place, according to an audio recording of the proceedings obtained by the Canadian broadcaster.
After the incident, two Canadian citizens — Nouman Ahmad and Rayan Rafay — opened an account on the campaign website www.gofundme.com for donations to raise money to help El-Alloul buy a new car as she went to court to retrieve her seized vehicle.
The online funding campaign raised over 43,180 Canadian dollars from 951 people in two days via the link: www.gofundme.com/buyhijabiacar.
Rania El-Alloul expressed her gratitude for the support she received across Canada and said she knows “she made the right decision” not to remove her hijab at the court hearing.
El-Alloul’s car was seized by Quebec’s automobile insurance board after police stopped the car which her son was driving with a suspended license.
At the court hearing, the judge told her she was “not suitably dressed” and postponed the case. The judge told El-Alloul that she had two choices: either remove her headscarf or apply for a postponement in order to get legal advice.
Ahmed said that they created the account to support El-Alloul as she “was unfairly treated because she wore a hijab. This is not the opinion of most Canadians we know.”