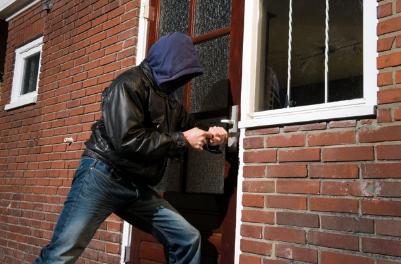 Around seven million homes were victims of property crime in 2013, and analysis by Privilege Home Insurance has identified five common methods households need to know about.1.The first is that an increasing number of criminals are using metal detectors to locate items of jewellery hidden inside homes.”This is quicker than searching common hiding places like wardrobes or drawers, enabling them to locate items that aren’t immediately visible,” explained Dan Simson, head of Privilege Home Insurance.”Families with high value items at home should consider a personal safe, ideally fixed to a wall or the floor somewhere burglars would not expect to find it, and preferably with a combination lock as keys may be found.”
2. This first trend feeds into the second, which involves ‘cash for gold’ envelopes. Privilege’s research found that thieves are carrying pre-addressed ‘cash for gold’ envelopes so they can quickly post stolen items as they leave the property and subsequently receive a cheque for the value of the item.
“They no longer need to worry about selling the stolen jewellery on and if they are stopped or raided after the break-in there is no material evidence linking them to the crime,” said Simson.
3. Households also need to look out for stickers appearing on their front doors and burglars are using them to mark houses to target for break-ins.
“In recent cases the stickers appear to be advertising a 24-hour locksmith, when in actual fact no such business exists,” explained Simson.
“Under no circumstances do companies have a right to mark a property or attach items to it. If this does occur, remove the sticker immediately and take extra precautions with home security checks, such as locking windows and doors.”
4. The fourth crime trend to be wary of is garage theft. Privilege found that criminals are prising open garage doors with single central locks, to steal the items inside or to gain access to the main house through internal doors.
“On average, victims of garage theft lose items worth a total of £973, with tools, bikes and garden furniture being the most commonly targeted items,” said Simson.
5. The fifth crime trend often occurs just outside the victim’s home – but can happen anywhere – and is commonly referred to as “Apple picking”.
This happens when criminals – often on bikes – snatch mobile phones straight from the hands of the owner as they talk or text. Its name stems from the popularity of Apple’s range of iPhone devices.
“The best advice here is to be vigilant and aware of your surroundings when using a phone in public, as thieves are more likely to target those who look distracted or engrossed in conversation. If people do fall victim to this type of crime, report it to the police immediately and do not attempt to chase the criminal down,” says Simson.
To keep your home as safe as possible, here are some top tips:
Lock all windows and doors
Install a security light or put your lights on a timer when your property is unoccupied
Install a burglar alarm
Join your local neighbourhood watch scheme and put a sticker on your front door
Never leave a key under the mat.