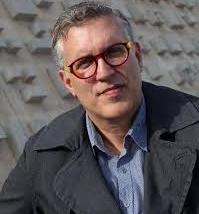 Rasheed Abou-Alsamh
This past week has been extremely hard for Muslims, especially those living in countries where they are minorities. From Australia to Pakistan to Nigeria, kidnappings, killings, and the blowing up of innocent children were all done by terrorists claiming to be Muslims and to be doing such evil deeds in the name of our religion.
On Monday an armed man took at least 15 people hostage in a coffee shop in downtown Sydney. Not long after, he forced some of the hostages to hold up a flag at one of the windows, which had the Islamic Shahada inscribed on it. Immediately, Australian, British and US television networks started saying that the flag was of the Islamic State group, which it clearly was not. I had strongly wished that the hostage taker was not Arab or Muslim, but was saddened to find out that the hostage-taker was named Man Haron Monis, of Iranian descent and Muslim.
Immediately, many in the 500,000 strong Muslim community in Australia, made up mostly of immigrants from the Arab world and Asia, felt they were being blamed for the siege at the coffee shop, which left Monis and two of the hostages dead after Special Forces stormed the shop.
One Muslim woman in Sydney was so scared after being verbally harassed on a bus that she took off her head veil in order to not attract more negative attention. A non-Muslim Australian woman ran after her and told her she could put her head veil on again, as she was prepared to ride with her on the bus and help protect her from further harassment. This quickly spread to Twitter and Facebook, where users launched the handle #Illridewithyou to show solidarity with Australia’s Muslim community. Thankfully, apart from some cases of verbal harassment of Muslims in public spaces, there has not yet been a major backlash against Muslims in Australia. Nevertheless, being shouted at on a train to go back to your country just for being Muslim cannot be an experience that is easily shrugged off.
Next we witnessed the horrific and cowardly attack by the Pakistani Taleban on a military-run school in Peshawar in which 141 innocent people lost their lives, mostly children and teenagers, shot to death and blown up by suicide bombers. The Taleban quickly assumed responsibility for the attack, claiming it was revenge for the attacks made on the Taleban by the Pakistani military. But how is it fair to attack young, defenseless students, easily picking them off one by one?
The sick mastermind behind this attack is supposedly Umar Mansoor, whom members of the Pakistani Taleban described as “strictly following the principles of jihad.” I was disgusted when I read that, as it is a well-known fact that Muslims should not kill innocent elderly people, women and children in battle.
Finally, news came late from Nigeria that the Boko Haram group had struck yet again on Sunday, kidnapping 142 women and children from a village in the northeast, killing 32 men who had been guarding the place. This comes after the abduction of 200 girls earlier this year in April, and the bombing of a mosque just a few weeks ago. On Wednesday, the Cameroonian Army said they had killed 116 Boko Haram militants after they attacked an army base just across the border in Cameroon.
What are all of these people doing in the name of Islam? Killing and kidnapping innocent civilians, giving us Muslims and our religion Islam the worst reputation that one could ever imagine. Of course, many will say that we cannot judge a whole religion or people on the acts of a few mad and blood thirsty groups. That is certainly true, but nevertheless it tarnishes the religion so much, since there is such a seemingly nonstop stream of violent and hateful acts coming out of the Muslim world this year.
It is highly unfortunate that so many feel at ease to kill innocent and defenseless civilians all in the name of revenge and of a great religion that should not have to suffer such indignities in its name. It is long overdue for all of us fair-minded Muslims to speak out against these heinous acts, and convince our fellow brothers and sisters that killing and kidnapping innocents is not the way of going about seeking redress for their grievances, no matter how serious they may be. –The writer is a Saudi journalist based in Brazil.