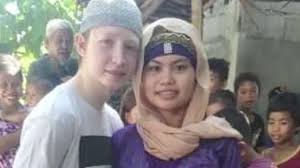 A young Filipina expat in Saudi has caught the attention of social media after sharing the story of how she met her husband through an online video game.

According to the Filipino Times, Samra, a 23-year-old Filipino domestic helper in Saudi, only played video games to pass the time. So when she met Triston, a 21-year-old living in Las Vegas, she was surprised. After their initial meeting in the video game world, they started chatting and calling each other every day.

Newly married, Triston said that he is planning to take Samra to the United States where he will help her secure US citizenship. Their unique love story was also featured on GMA-7’s weekly lifestyle show ‘Kapuso Mo, Jessica Soho’.