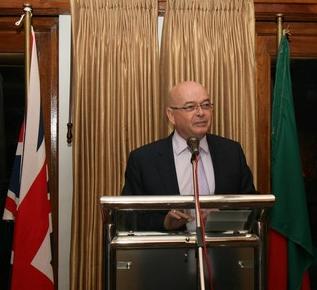 Ambitious and academically well performing young professionals from Bangladesh who have the leadership potebtials have been invited by the British government to apply for the Chevening Scholarship.
Chevening is the UK government’s international awards scheme aimed at developing global leaders.
Chevening offers a unique opportunity for future leaders, influencers, and decision-makers from all over the world to develop professionally and academically, network extensively, experience UK culture, and build lasting positive relationships with the UK.
The scholarship is funded by the Foreign and Commonwealth Office (FCO) and partner organizations, Chevening offers two types of award – Chevening Scholarships and Chevening Fellowships – the recipients of which are personally selected by British Embassies and High Commissions throughout the world.
According to British High Commission in Dhaka, the application process for 2016-2017 will remain open until November 3.
International Liaison Officer of Chevening Scholarship Program Harish Lokhun is now on a two-day visit here (20-21 of September) to encourage Bangladeshi applicants.
Harish works for the Chevening Secretariat in London. He is responsible for Chevening countries in Central Asia, South Asia and the South Pacific. He has great passion for promoting international student exchange and is keen to encourage wider cultural relations across the globe.