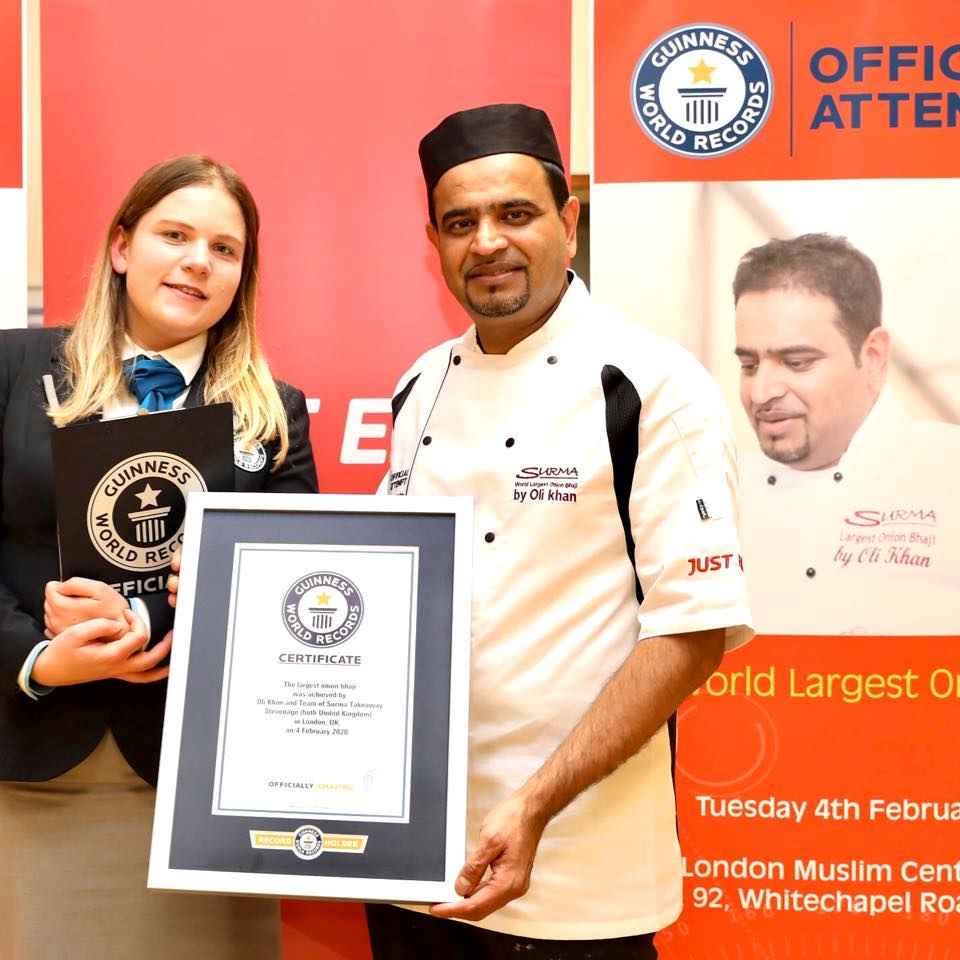 British Bangladeshi Chef Oli Khan has broken the Guinness World Record for the largest onion bhaji, with his effort weighing in at an impressive 175.7kg. The bhaji, which required 500l of oil to make, smashed the previous record of 102kg held since 2011. Khan, acting in partnership with JustEat and Bangladeshi takeaway Surma, was elated as Guinness World Records adjudicator Paulina Sapinska declared the record broken at the London Muslim Centre in Whitechapel, and is the third world record broken at the East London Mosque & London Muslim Centre after the ‘largest samosa in the world’ and ‘the largest number of children reading with an adult’.

Of his achievement, Mr Khan said: “I am passionate about this project, I have been working on it behind the scenes for five years. I do it for charity. Last year I did it for Great Ormond street hospital; this time I am doing it for the London Muslim Centre trust and the homeless. This bhaji will be given to the Salvation Army and Booth House, alongside other places in east London. This isn’t just a win for us, it’s a win for our nation Great Britain, which we are proud to represent!” Oli also thanked the team from Surma for helping him to break the record on Tuesday, February 4.

This record came after a previous attempt failed because the bhaji (at almost 300kg) was too heavy. This time, however, Oli’s measurements were perfect: the bhaji began to cook at 234kg, with the chef estimating its cooked weight would be 184kg.

To break this record he had to follow health and safety guidelines, with inspectors from the council and private sector in attendance. Private health inspector Fergal Mullan remarked that this wasn’t his typical day. A surveyor was also present to ensure accurate measurements.