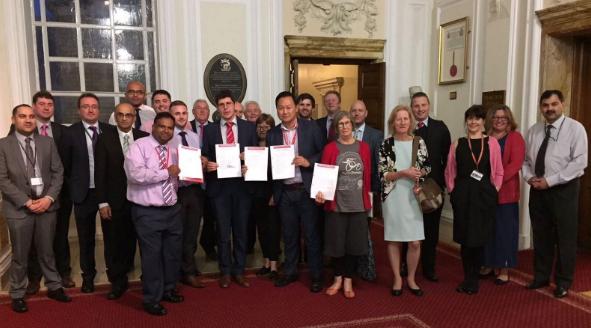 The Cardiff Labour Group of Councillors have recently spoken out to raise their deep concerns regarding the increasing number of Rohingya refugees crossing from Myanmar (Burma) to Bangladesh.
There are reports of 400,000 people having fled the violence, with Rakhine Buddhist mobs destroying the villages and attacking and killing civilians.
Cllr Dilwar Ali, and the Cardiff Labour Group, have recently written to the Secretary of State for Wales, UK Government, calling on them to do more to urge the Myanmar Government to end the ethnic cleansing, violence, gross violations of human rights and to take immediate action against hate speech, incitement and discrimination.
The support shown by the Cardiff Labour Group for the Muslim Rohingya minority in Myanmar.